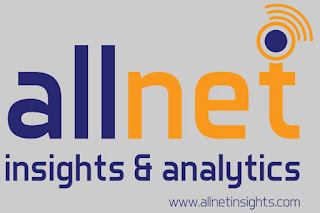 Promoting Innovation in the 3.5 GHz Band

The FCC released their rulemakings today for the PCS H Auction and the Small Cell 3.5GHz spectrum.  In keeping with with my company's mission statement "Explaining the Wireless Industry from a Carrier Mindset", I will be evaluating and commenting on both of those FCC documents by the end of the week.

Inevitable.  If you have followed the Sprint/Clearwire saga since they were joined with Google, Time Warner, Brighthouse, Comcast, and Intel; it was obvious that Clearwire had a hard road ahead.  In yesterday's announcement Erik Prusch indicated the depth of the internal concern; Clearwire had retained an advisor to provide options for restructuring.

Once the carrier consolidation of 2012 occurred, the only path forward I saw for Clearwire was funding minimal operations into the 2014 time frame, with a hope that the other 3 national players would finally need the wholesale access to Clearwire's spectrum. With each of the national players, except Sprint, lining up their LTE capacity growth spectrum, the need for wholesale access to Clearwire's WiMax or planned TDD-LTE network was unnecessary.  Clearly Sprint needed Clearwire for its LTE growth spectrum and at $0.21/MHzPOP I believe we will look back 5 years from now and view this was steal.  Not only has Sprint put in concrete their LTE capacity growth, but they have cornered the market available spectrum for years to come.  When you consider that Clearwire controlled 160MHz of spectrum which could be expanded to nearly 200MHz in most metro areas with additional spectrum leasing and spectrum purchases, Sprint has the only meaninful swatch of "new" spectrum that will come to market in the next 5 years.

I don't see the Broadband Incentive auction, the Dish spectrum, or the recent 3.5GHz spectrum as meaningful for efficient macro network coverage.  Those subjects are covered in other blogs.

The purchase of Clearwire does not guarantee smooth sailing for Sprint.  Sprint still has very significant short term issues.  Their LTE network is 5X5 which is the smallest of any of the national carriers.  In addition, their customers with WiMax devices will continue to transition over to this network as they upgrade their devices.  Clearwire's TDD-LTE hotspot network is only at the construction start stage, with likely very limited coverage throughout 2013. Clearwire has talked historically about devices arriving for this network 2Q or 3Q 2013.  Thus, there won't be any material movement of traffic from Sprint 3G or LTE network until early 2014.  From what I experience on my Sprint Samsung S3, the 3G network is already challenged and LTE is not available in my market (Seattle).  It will get worse before it gets better.

T-Mobile's Promoting Innovation in the 3.5 GHz Band Presentation to the FCC Posted on Thu, Mar 19, 2015